You are here: HomenextPeoplenextJim Driver Obituary 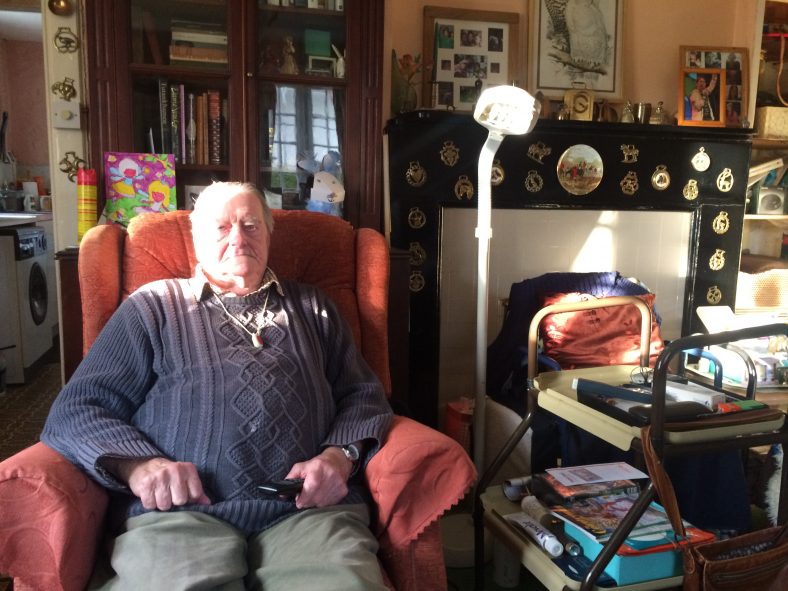 zoom
Jim Driver at the Upper Lodges in 2017

Jim sadly passed away on Sunday 10th October at the age of 95. Jim and his wife Betty, who passed away in 2020, were always part of the Rocky Clump digging team. You really cannot mention Jim without Betty. They lived in one of the Upper Lodges in Stanmer and were neighbours to Charlie Yeates one of the original excavators from the early days of Rocky Clump. I met Jim and Betty in the early 1990’s when a return to dig at Rocky Clump for a second phase was organised and approved by Brighton Council. Jim opened his doors to the digging team allowing us to store many of our tools and equipment in either the coal bunker or later an outbuilding. For a number of decades diggers traipsed through his and Betty’s garden with their muddy boots and dusty clothes, but were always welcomed.
When Jim was a little younger he would lead the team around Stanmer woods and glades telling us all about its history, geology, trees and many other tales. Some of those tales were published in the BHAS Field notebook 1999 to preserve them for later generations. Jim was a man of much local knowledge and both he and Betty were long standing members of the Stanmer Preservation Society, holding several roles in that group. Jim and Betty really did love Stanmer and their little cottage in the woods. As a long standing friend I would often visit them in the winter months, taking along boxes of finds, pottery, flintware, brooches and coins, and once a year give them a powerpoint presentation about that years digging. They were fascinated by Rocky Clump and always wanted to know more about the people that lived on that hill. Jim and Betty were very involved with the Stanmer Restoration Oral History project, with both interviewed and recorded talking about living in Stanmer. Their voices were heard at the recent Oral history event held at the One Garden, with the Mayor of Brighton, Alan Robins present. Their voices and local knowledge will live on. 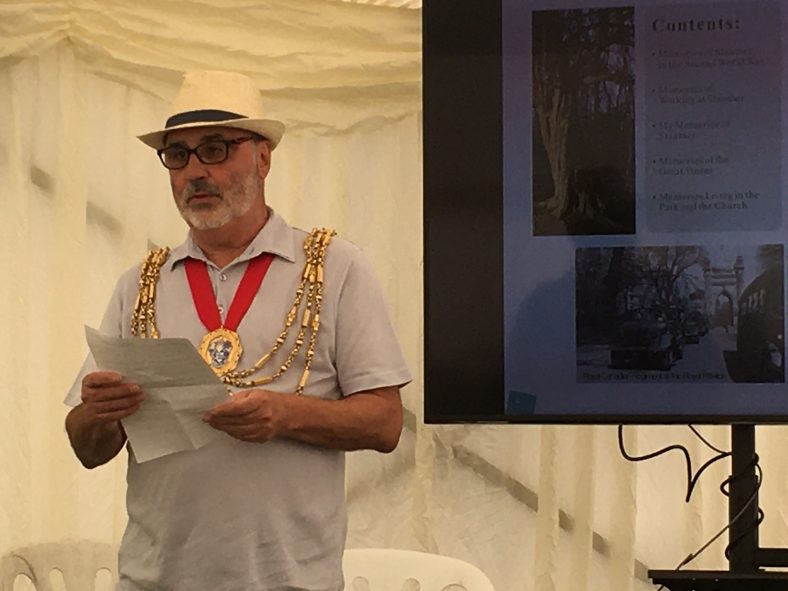 One of the fondest memories of Jim and Betty, by the older diggers, is that on hot summer days, and after a busy day in the trenches, the diggers on returning to the cottage were welcomed by Betty, sitting with a tray of ice cold drinks. Jim and Betty were a wonderful couple and it is now so sad that they are no longer with us.

Jim and Betty moved into the Upper Lodges in 1954, they had no running water and electricity did not arrive until 1974. Their sons David and Keith had to go to bed with a candle. Jim was the woodsman at Stanmer and planted many trees including a good number at Rocky Clump. Betty was the archivist for the Stanmer Preservation Society, and part of the Stanmer Church hand bell ringing team along with farmers wife Heather West. There is large concrete water tank in the west garden which takes the rain water off the roof and was at one time their only water supply. Jim mentioned seeing flint wall footings in the eats garden, and BHAS didf conducte some geophysics but did not find many anomalies. Betty would not let us dig up the garden. Jim came form Ditchling and Betty form London but via Devon, where her father took them when she was in her teens. She later moved to Ditchling which is where she met Jim. They were offered a new house in Coldean, but Jim preferred the Upper lodge cottage even without the water or light.

They were a treasured part of the BHAS team, and their passing sees the end of an era at Stanmer. The diggers and I will miss them both, but cherish many happy memories of being with them.

Comments about this page