You are here: HomenextPeoplenextSpencer Mugridge and the Red Chestnut

Spencer Mugridge and the Red Chestnut

“One time Spencer brought back a red chestnut tree seed or conker from a visit to Buxted and carefully raised it in a biscuit tin, sometimes on the hob of his kitchen stove. When large enough, he was given permission by the 4th Earl of Chichester to plant it in front of the Church facing the Mansion to mark the Diamond Jubilee of Queen Victoria. It grew very well and was the only red chestnut tree on the Estate and was quite a sight when in full bloom.

“When the Park became more open to the public, the tree received a lot of attention by small boys as it bore its conkers. It was even climbed before they were ripe and branches were shaken and broken. Soon the damage turned to disease and the Parks Department decided to chop it down, about 1980, and another tree was planted in its place.

“All the care Spencer had lavished on his Buxted Conker was forgotten.” 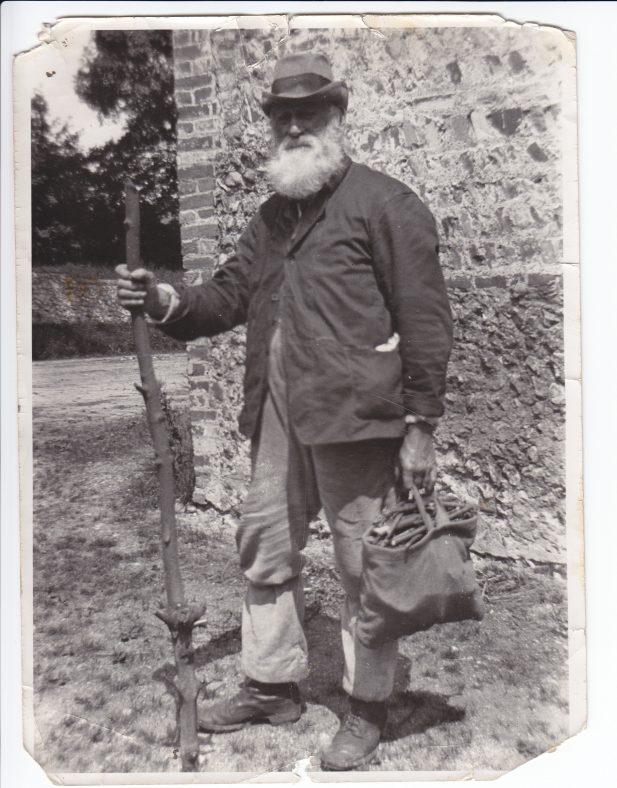