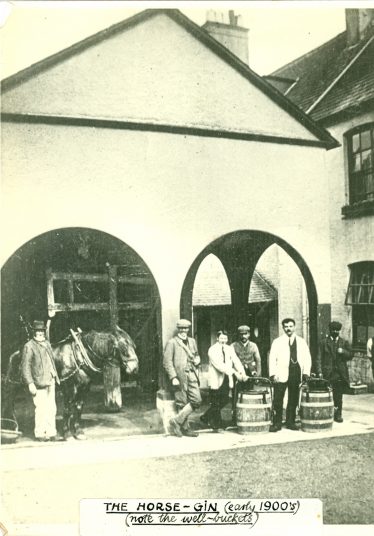 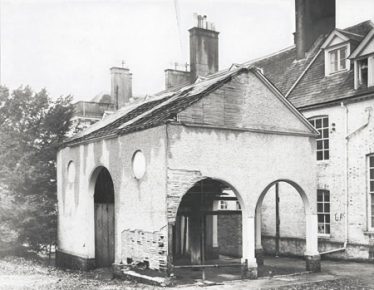 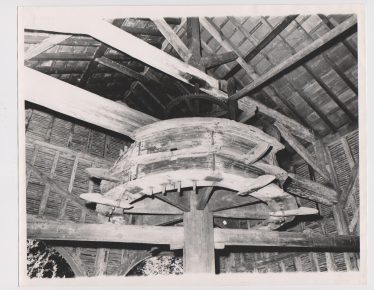 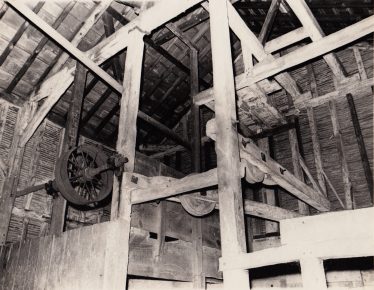 The horse engine was dug to supply water for Stanmer House.

The water was pumped to the surface by a horse driven engine – a ‘horse gin’. It is believed that the engine was originally operated by oxen, as illustrated by Charlie Yeates on the first ever SPS leaflet, but it is not known why oxen were replaced by horses towards the end of the C19th. The horse, called Pilot (or possibly Pilate) and ostensibly being watched over by young Tom Carter, the animal trundled around on his own for much of the time. The buckets, like those in the donkey well, held 18 gallons (82 litres) each.

The horse gin consists of a vertical turning shaft with a wheel fixed to the top of it. The wheel is approximately 12′ in diameter, the horse was harnessed up under the wheel and walked round in circles turning the wheel to drive the belts, which in turn drive the pump rods to lift the water up and out of the well, rather like the donkey wheel t urned through ninety degrees.

Although there is currently no public access to the horse engine, it is hoped that it might be possible once again to visit the listed building in the future.