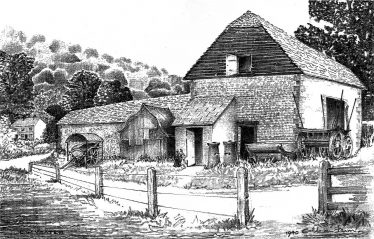 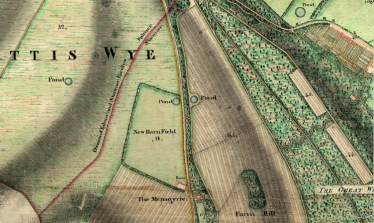 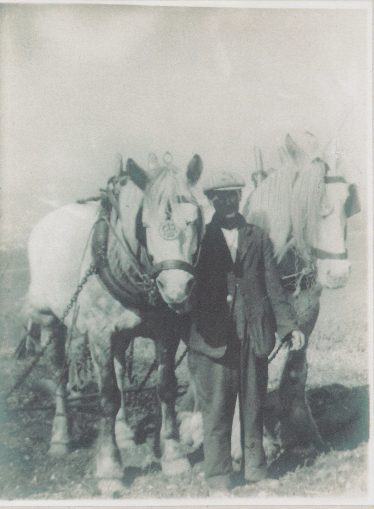 Before the war, Coldean Farm was a remote settlement, reached via Coldean Lane which ran from Lewes Road, becoming a track halfway up before reaching Old Boat Corner at the top of Ditchling Road. The farmer, Albert West, and other Coldean farm workers, moved to Stanmer Home Farm following the purchase of the Chichester Estate by Brighton Corporation in 1947.

This 1940 drawing by Charlie Yeates shows the farm buildings with the Menagerie visible on the other side of the road. The flint barn is the only farm building in the William Figg map of 1799-1800, where it lies in the south east corner of New Barn Field. ‘The Menagerie’ refers to the little group of buildings on the opposite side of Coldean Lane.

Buildings Fallen in to Disrepair

The flint barn is all that remains of the original buildings and by the 1950s had fallen into disrepair. However, it was considered suitable for conversion to a church by the Diocese of Chichester and the church of St Mary Magdalen was duly dedicated by the Bishop of Lewes (the Rt. Rev. Geoffrey H. Warde) on Tuesday the 20th December 1955.