No-one really knows much about the ancient Dovecote hidden away in the corner of the stables opposite the Long Barn, or even the reason for raising the roof was after the war. Most historians agree that the structure was most likely moved to Stanmer from another part of the Chichester Estate, but are sceptical that it is the ‘Pidgeon House’ showing on the 1799 Figg map (section reproduced below).

A less noticeable feature of the village street is the Stanmer Dovecote or pigeon house. There are many such structures locally such as at Preston, Patcham, Hangleton etc and they were an important part of the economy of estates and villages before the introduction of root crops enabled flocks and herds of cattle to be overwintered instead of having to be slaughtered at the approach of Winter, the meat being salted down to tide over the lean months, poorer people having to subsist on salted fish and coarse bread.
Pigeons provided a source of fresh meat all the year round. Houses of consequence maintained dove-cots and have done so for many centuries, which, together with fish ponds, provided for the Lord of the Manor welcome relief from the dreary diet of winter-time.
Stanmer’s dovecote is situated unobtrusively, at the end of a long barn building on the west side of the street; the only indication of its purpose being six holes cut into the south wall above its entrance. The interior measurers 15 feet by 7.5 feet, accommodating about 400 ‘L’ shaped meeting apertures, each having an entrance 6 inches wide and opening out to a recess 9 inches wide.
The building shows signs of some alterations since the last war, when, for whatever reasons, additional courses of brickwork were added. The interior remains unchanged. It is not presently available for public view.

And in 2003, the excellent Colson Stone report included this reference in the section on field name changes:

The route of the West Drive, leading to the village from Upper Lodges, was realigned to lead to the north end of the village rather than the centre. The reason for this change is not clear, although it allowed the two small fields referred to in 1799 as “The Green” and “Pidgeon House Croft” to be united as one field, now named “Pigeon House Field”. One local theory is that this was done to facilitate the construction of a water catcher within the tree belt along the south side of the drive – which provided an additional water supply to the house. However, this seems unlikely as this feature was not formed until much later, between 1870 and 1875, to the designs of the estate foreman Thomas Jones. 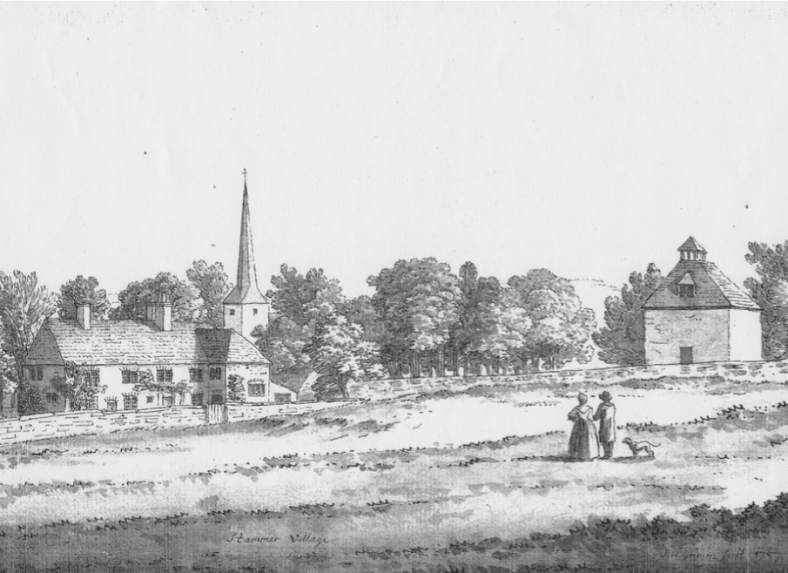 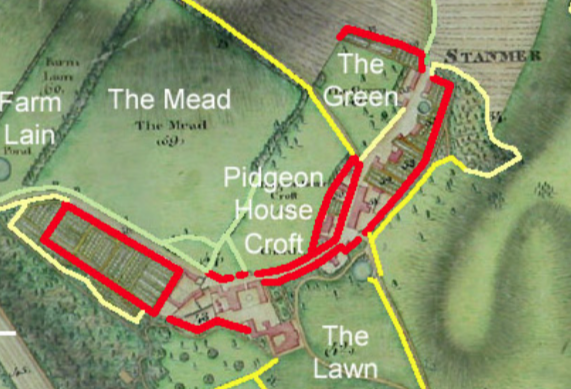 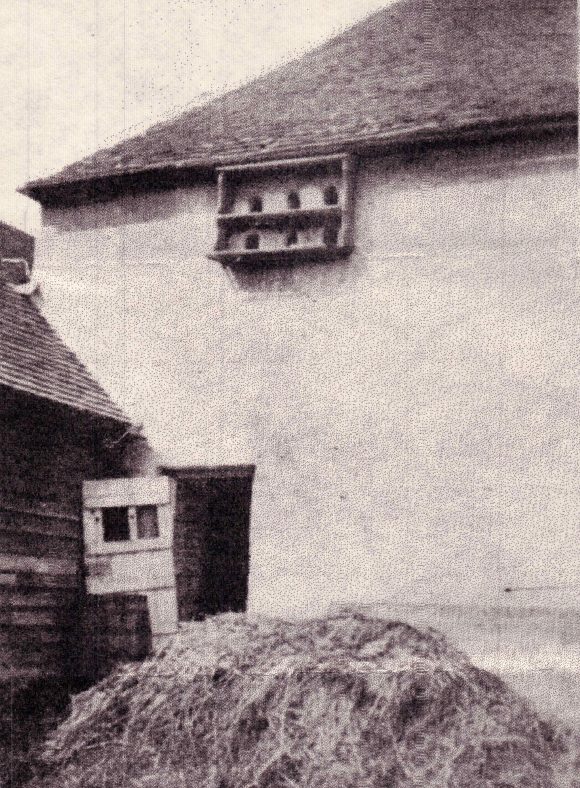 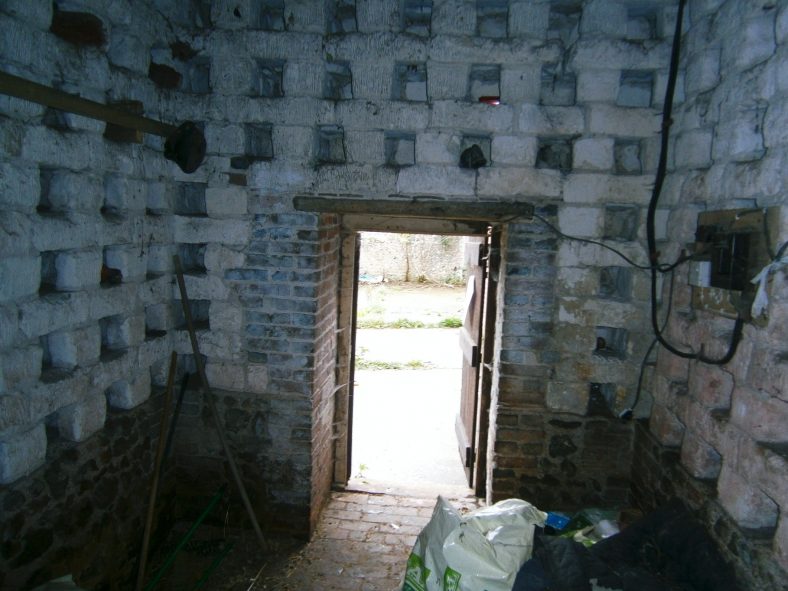 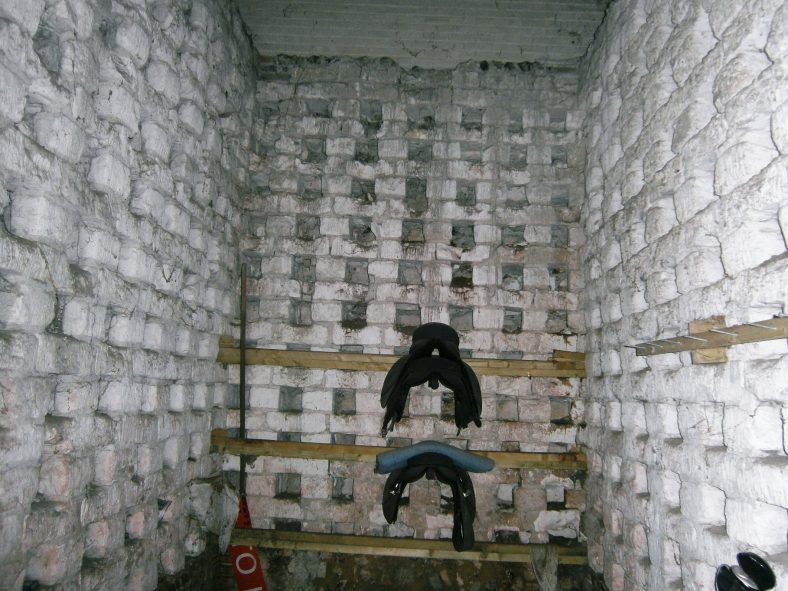 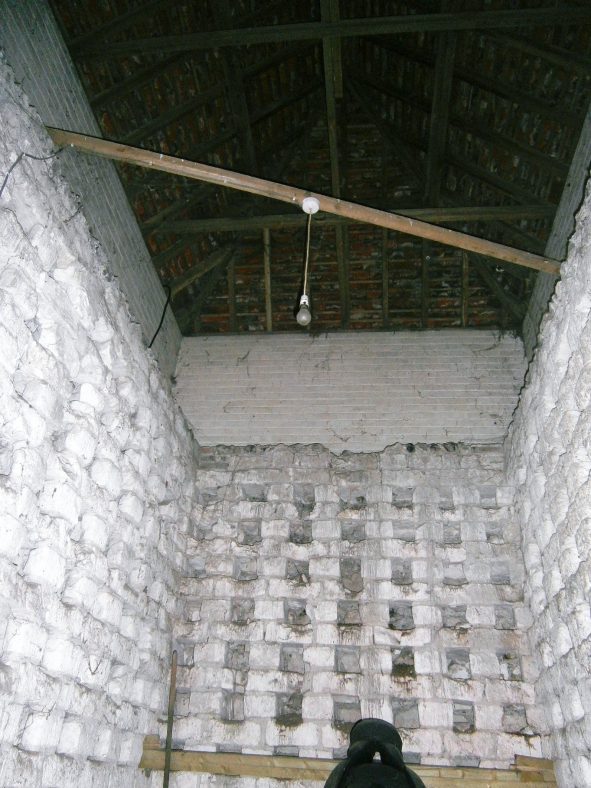 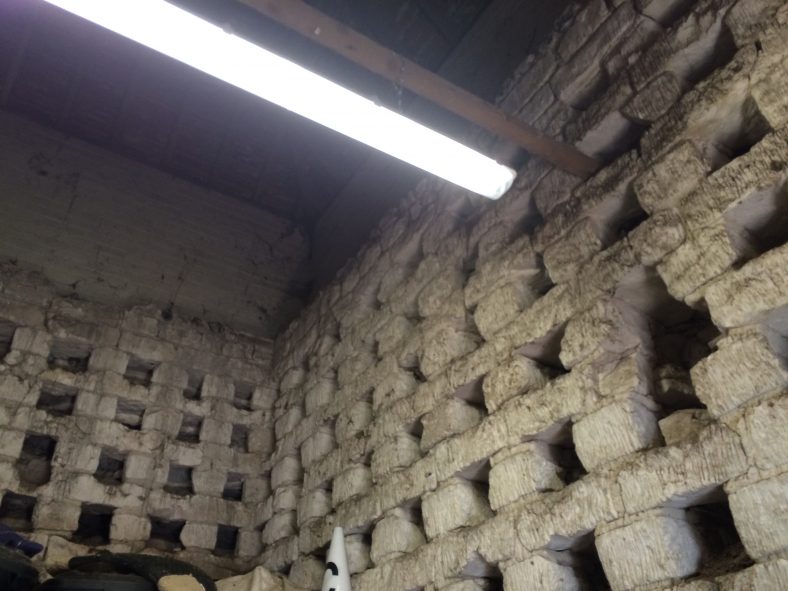 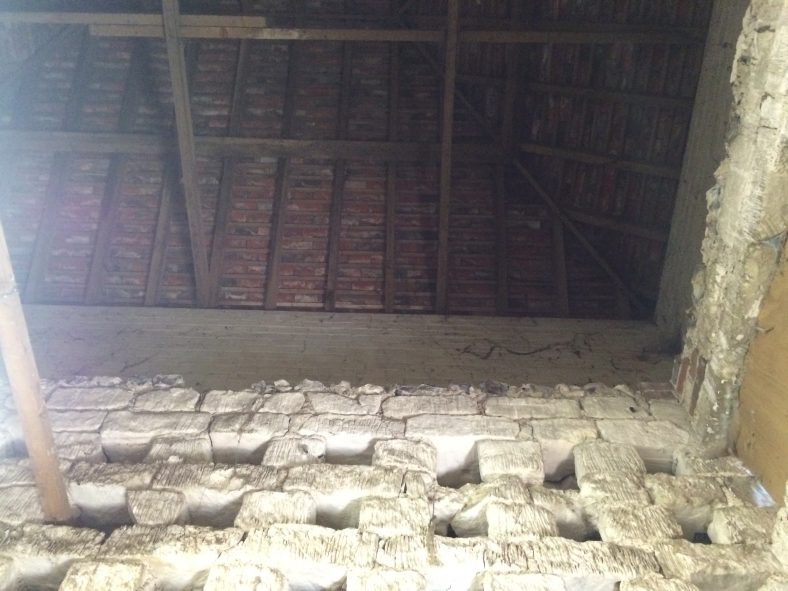 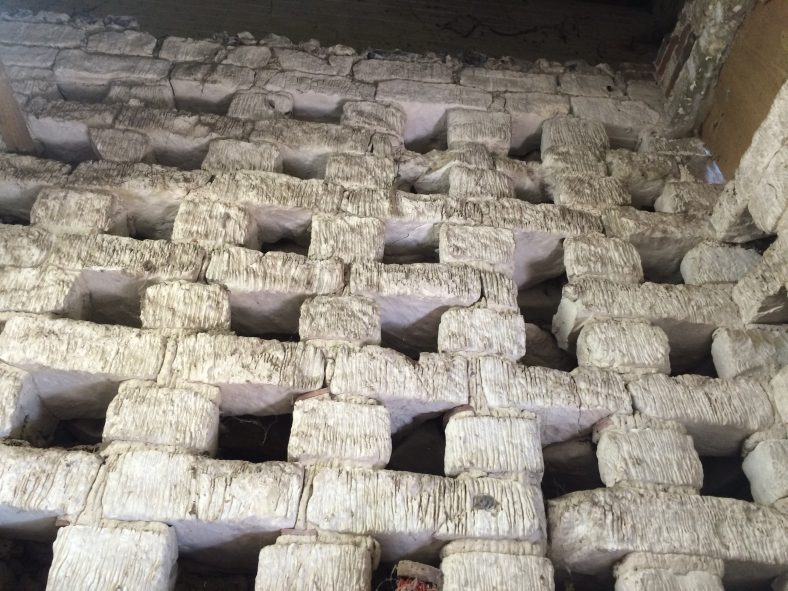 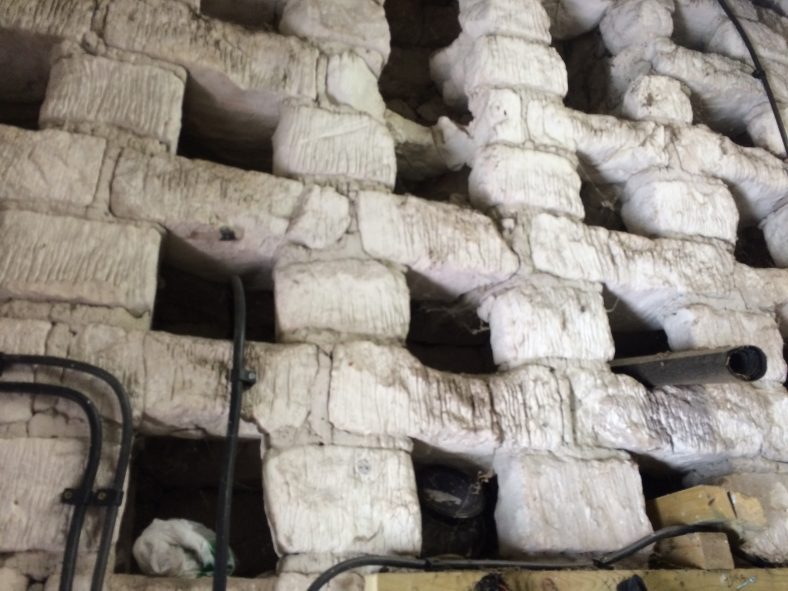 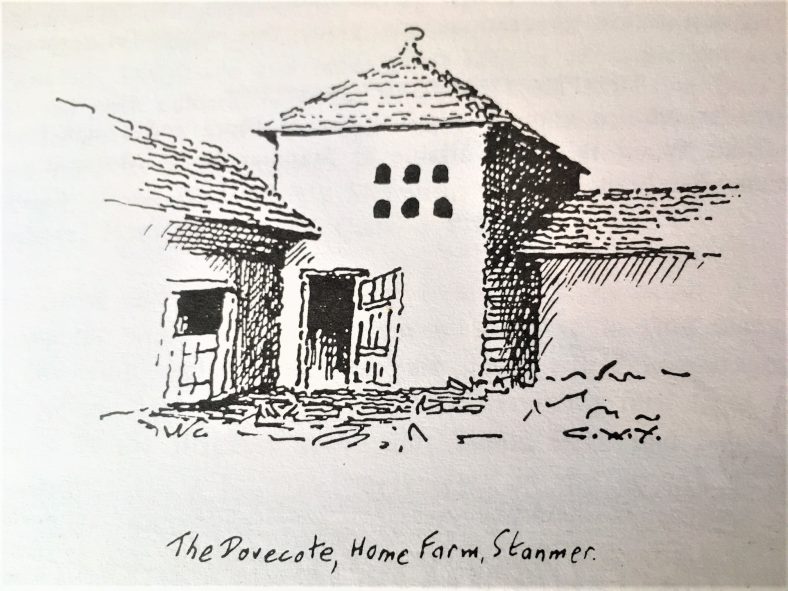 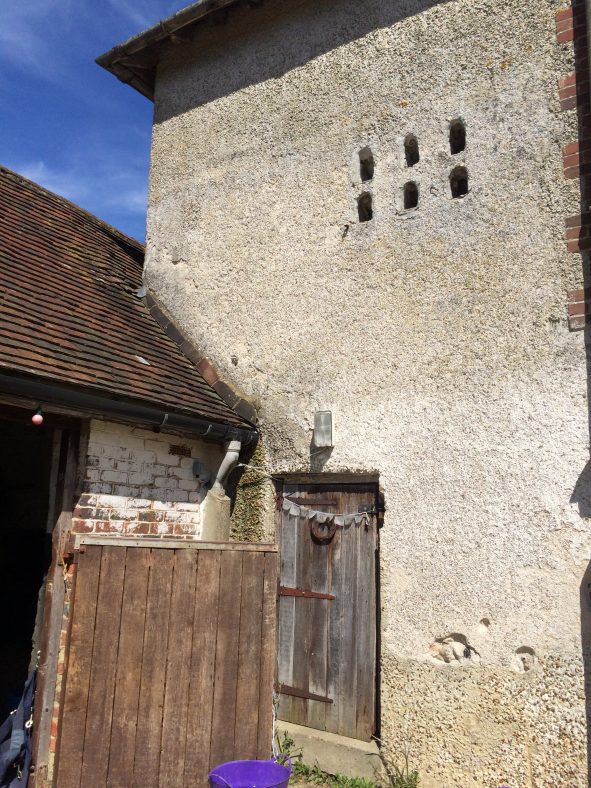 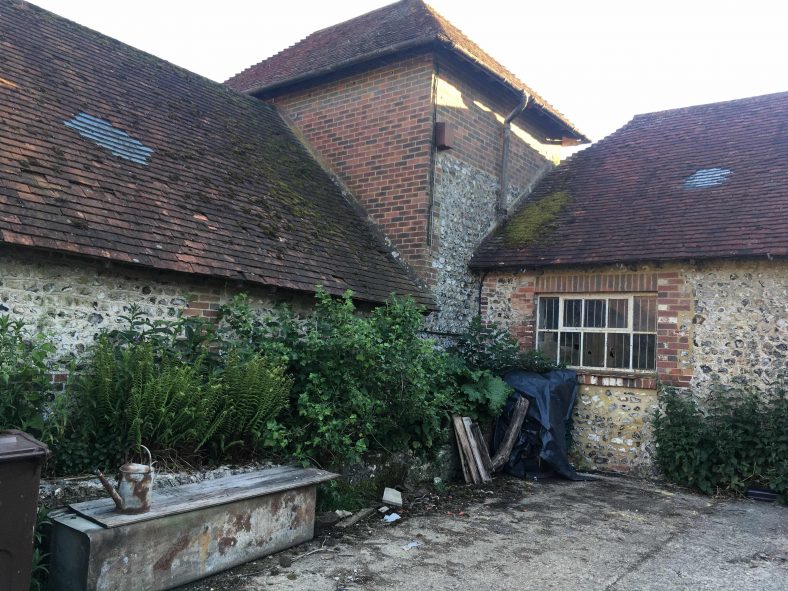